ESTUDIARGRATIS.Net Course free and something to read
I Bible I Computer repair I Games free to download I Easy cooking recipes I
Practical issues. In relation to the previous reading: computer definition, technologies and compatibility; let's take the example applied to the Memory (Main Memory of Computer), later, we'll treat well what the Main Memory of System is and adding details, but be clear that is in the component where is temporarily stored information and has more speed than the permanent storage medium ("Hard Disk"), that's why it is used.

Some computers for specific use -usually not the typical PC-, to save costs these ones keep the memory welded (they don't need sockets), and is not a block that can be easily upgraded, but this usually not happens on a PC. Why does it not happen? Because all of us usually we purchase a computer with the possibility of update it, and also in many cases assemble it according to our own tastes, often taking compatible components from different manufacturers. Even Memory and Motherboard that is where it's placed, components are usually from different manufacturers.

It's easy for someone trained to replace major parts if needed (example: Video Card, Memory). Will these computers sold someday? Because if so will bring major changes ... but for now are not "disposable", at least those classic computers called computers of quality, with sufficient capacity to perform the current tasks and use the programs which need some resources -including games- of the moment.

So, let's suppose no one repair a computer in years; suddenly in the house of a friend comes out a sign indicating "Memory Error", if you understood what has been said here, you can make a guess and say: "Don't worry it's a memory bug, we'll see if it's well connected or not, and AT MOST WE HAVE TO CHANGE THE MEMORY FOR ANOTHER COMPATIBLE, NO NEED TO BUY A NEW COMPUTER" but the cautious repairer will clarify: "...BUT WE'LL SEE IF THE MEMORY CAN BE CHANGED EASILY OR IS WELDED". An example shown later in this course: Repairing a computer that doesn't turn on, monitor remains black.

Therefore I repeat the concept: technologies and forms are changed, but generally the idea is the same. For example, in a PC some blocks of Main Memory of the System are required that are updatable, whether used or not by it. Regardless of how these memory modules are made, the user and the PC repairman are interested about if these ones can be changed, if are compatible, its performance, etc.

The damages talking about memoirs:

While they may decompose, is something not common in correct conditions of use, for example, if it doesn't burn by give it more voltage (in this case is no longer common condition of use), but is so rare that a good memory correctly used be decompose, that is why some manufacturers give a lifetime warranty (giving it good use and good working conditions). Yes, it's more likely the cause of the failure is a false contact in the socket, (one of the many contacts fail to make good contact, to solve this sometimes is enough remove and to replace the component in the same place)

Don't confuse Main Memory of System with "Storage Media" when using "permanent Memories" becomes the Storage Media. This technology is beginning to use considerably in 2009 onwards, and will be commented a little better then. In 2014 it's still not imposed as mass Storage Media in relation to the classic "Hard Disk" except in some specific cases, or in people with high purchasing power. The Storage Media saves permanently the information, but "The Main Memory" not. 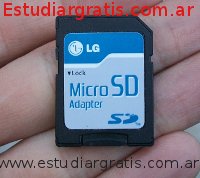 Example of the memoirs that form non-temporary Storage Medias are those that store information permanently, are used a few years ago. On many devices, if they are compatible is added "memoirs" that in these cases they function as "Storage Media", because these ones have the capacity of save information of permanent way due to its constructional features. This is the case of USB flash drives (external storage), economic Mini Netbooks that bring little storage capacity and are expandable via Micro SD, which are usually inserted into a slot by a lateral side. In 2014 even some Tablets have a slot for expanding or connecting any Micro SD.

The Bible says:
1.Blessed is the man that walketh not in the counsel of the ungodly, nor standeth in the way of sinners, nor sitteth in the seat of the scornful.
2. But his delight is in the law of the Lord; and in his law doth he meditate day and night.